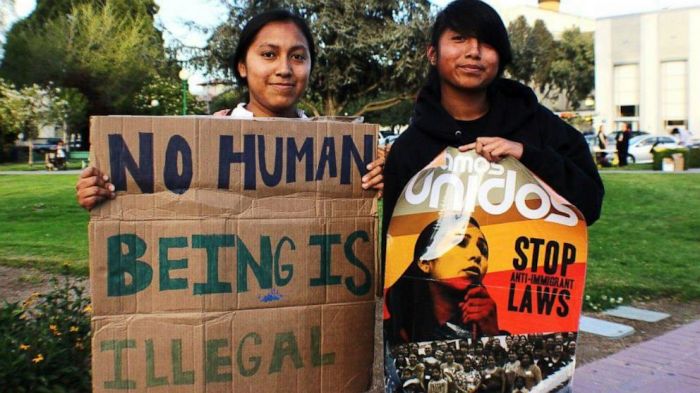 Far & Near column published in the Hindustan Times (6 September, 2016)

Twelve years ago, a feature film called A Day Without a Mexican envisioned what would happen in California if all its Mexican residents – many of them undocumented or so-called “illegal” immigrants – suddenly vanished. Tongue-in-cheek, it depicted an apocalyptic breakdown in basic services. With farm labourers gone, food production screeches to a halt. Restaurants shut after losing their kitchen and waiting staff. Middle class families panic without their cleaners and gardeners. State officials urge the Mexicans to return. In the end, when the missing Mexicans rematerialise, US border guards celebrate their arrival, hugging migrants who are trying to enter the United States unlawfully.

The film isn’t particularly funny or well made, but it makes an important point often overlooked in the ongoing American discussion of immigration. The structure of so much of modern American life rests on the bedrock of hard-working, vulnerable, and poorly paid undocumented migrants. There are upwards of 11 million such people in the country, many from Mexico and other Central American countries. More of these undocumented workers than US-born workers fill roles in industries like farming, fishing, and forestry; construction and extraction; transportation and material moving; manufacturing; production, installation, and repair; and in service professions like the cleaning of houses and gardening.

Their labour literally moves, feeds, and sustains America. At a time when unemployment is relatively low – less than 5% – it is difficult to make the case that undocumented migrants are significantly depriving Americans of jobs. Studies also suggest that removing undocumented migrants from the workforce would hit the economy hard and actually raise unemployment among low-skilled Americans by 1.13%.

And yet the Republican presidential candidate Donald Trump has made cracking down on immigrants the central plank of his campaign. His speech on immigration last Wednesday was remarkable in the depth of its inhumanity, in its snarling vitriol for people who form a major part of American society.

Trump impassioned his supporters with talk of building a preposterous wall along the border with Mexico, as if he were an ancient Chinese emperor trying to keep out the Huns. He promised to chase down and deport millions of unauthorised migrants, no matter the financial cost (between $400 and $600 billion over 20 years) and the turmoil of dismembering families that have peaceably made their lives in America, raised children, contributed to local communities, and paid taxes.

He maligned undocumented migrants as criminals and a murderous threat to American citizens, even though native-born Americans are far more likely to commit crimes than immigrants.

He exaggerated the financial cost of undocumented migrants to the US, discounting their significant tax contributions to services like Social Security (which they cannot benefit from) and their calculable (deporting all undocumented people would reduce GDP by $1.6 trillion and slow economic growth by 5.7%) and incalculable role in American life.

As immigration becomes the dominant issue of this campaign, I have found Trump’s rhetoric mind-boggling, depressing, and infuriating for two separate reasons.

First, as hinted at above, it totally misrepresents reality. Trump is fond of accusing President Barack Obama of instituting “open borders.” Yet Obama has deported more people than any president in American history, 2.5 million since 2009. He is on track to deport more migrants than the 19 presidents between 1892 and 2000 combined. At the same time, the number of undocumented people in the country has shrunk since its peak of over 12 million before the 2008 recession.

As non-Americans may know, it requires a wilful insularity and ignorance to imagine that the US border is “open.” Americans take for granted their freedom to cross borders everywhere without realising how closed and impenetrable theirs are to everybody else. An anecdote from a rare success story: To get a visa, a friend of mine recently had to turn up at a US embassy with seven boxes of supporting documents.

Second, and more importantly, the whole conversation about immigration – and Trump is not guilty of this alone – is misdirected. It focuses on migrants as criminal actors rather than the structural reasons for their migration. Undocumented people risk the hazardous crossing into America both because they are driven from their homes by violence and poverty and because American business interests tacitly encourage the formation of a cheap, exploitable underclass. This dynamic was also evident in the 19th century, before the US developed its system of border controls. America has long been built on the desperation of migrants and the cupidity of its elites.

For Trump, a member of that elite class, immigration has become a very useful tool. His tough talk casts him as a strongman defending the heartland from the hateful world. It instils in his supporters a sense of urgency and imminent threat. And, crucially, raging about immigration allows Trump to veil in technocratic garb the real animating force of his campaign: White racial anxiety.