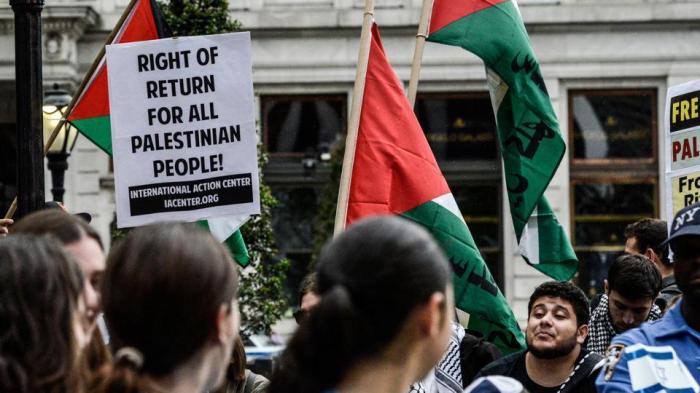 Next week, Narendra Modi becomes the first Indian prime minister to visit Israel. His trip confirms a change in policy that’s long been in the offing: India’s abandonment of an inflexible, anti-colonial position of support for Palestine in favour of stronger commercial and military ties with Israel.

Under Modi’s administration, Indian diplomats refrained from condemning Israel’s 2014 war on Gaza in a vote in the UN Human Rights Council — an abstention that surprised their Israeli counterparts who were used to seeing India take an almost ritual stance of solidarity with the Palestinians.

Part of the thaw in relations with Israel reflects a pragmatic turn away from the old positions of non-alignment. But it isn’t entirely free of ideology. Many Indians look admiringly at Israel’s bludgeoning treatment of the Palestinians and at the way the Israeli military responds to Palestinian violence. Where in the past we sympathised with the Palestinians as a people oppressed by a colonial power, now many Indians sympathise with Israel’s seeming battle with Islamist terrorism. There are clear parallels between Zionism and Hindutva, two ideologies that developed in the early 20th century seeking to equip a religion with the force of a nation-state,

While Indians might be warming to Israel, the citizens of Israel’s greatest ally, the United States, are growing increasingly sceptical.

Criticism of America’s unflinching support of Israel is more palpable than before. The Boycott Divest Sanction movement (which hopes to copy strategies used against apartheid-era South Africa to marginalise Israel) has become prominent on many college campuses. It’s been enough of a cause for concern that a pro-Israel official like Andrew Cuomo, the governor of the state of New York where I live, signed an executive order promising to punish groups that sought to boycott Israel.

A fixture of US presidential campaigns is the appearance candidates make at an annual conference of the American Israel Public Affairs Committee, a pro-Israel lobbying group. Candidates normally go to the AIPAC conference and try to highlight their love for Israel and their faith in the US-Israel alliance. Last year, it was remarkable to see Bernie Sanders (the only Jewish presidential candidate in the election) decide not to attend the AIPAC conference and then do the almost unthinkable: Insist on the rights and dignities of Palestinians.

Sanders is hardly a friend of Palestine; he couldn’t be confused with those European or Indian leftists practiced in denouncing Israeli excesses at the drop of a bomb. But he does reflect a shift in American society that’s borne out by statistics.

While more Americans still sympathise with Israel over Palestine, attitudes are changing. According to a 2016 Pew survey, in the last 10 years, support among millennials for Israel has declined while tripling for Palestine. For the first time, more people on the American Left (classified in Pew’s terms as ‘liberal Democrats’) support Palestine than Israel.

Israel also enjoys less support among minority groups in America. According to a 2015 study, Hispanic Americans on average were 10 points less likely to sympathise with Israel over Palestine than non-Hispanic Americans. So, too, are blacks more critical of Israel. A 2014 Pew survey revealed that African Americans were more likely than white Americans to blame Israel for that summer’s conflagration in Gaza and to believe that Israel had used too much force.

Blacks, Hispanics, young people and unmarried women together form what American political analysts term ‘the rising electorate’, which is now a majority of American voters. Staunch support for Israel remains the preserve of older, mostly white Protestants, many of whom believe in a strong US-Israel alliance for millenarian, evangelical reasons. As that group ages and others grow, changing public opinion may encourage new policy imperatives in West Asia.

This is not to say that America’s firm backing of Israel is about to end. Indeed, one of the few capitals where Donald Trump enjoys a genuinely warm reception is Tel Aviv. Benjamin Netanyahu sees Trump as a more reliable ally than Barack Obama, who was critical of the Israeli prime minister. Still, under Obama in 2016, the Americans agreed to a new package of military aid for Israel worth nearly $4 billion per year.

But the trend is clear. In the long-run, it may transform America’s ties with Israel, and drive Israel to seek closer friendships elsewhere.